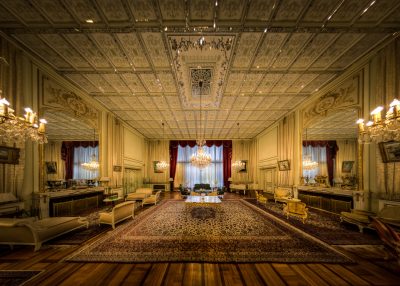 Niavaran palace in Tehran had been in the core of attention at the end of Qajar era; however, its main application dates back to the second Pahlavi period.
The complex consists of a multitude of sections, the most important of which is a palace that has been built under the order of Mohammad-Reza Shah Pahlavi. From 1968 to 1979 –before the Islamic revolution- this palace has been the residential place for Shah’s family and for reception of foreign guests.